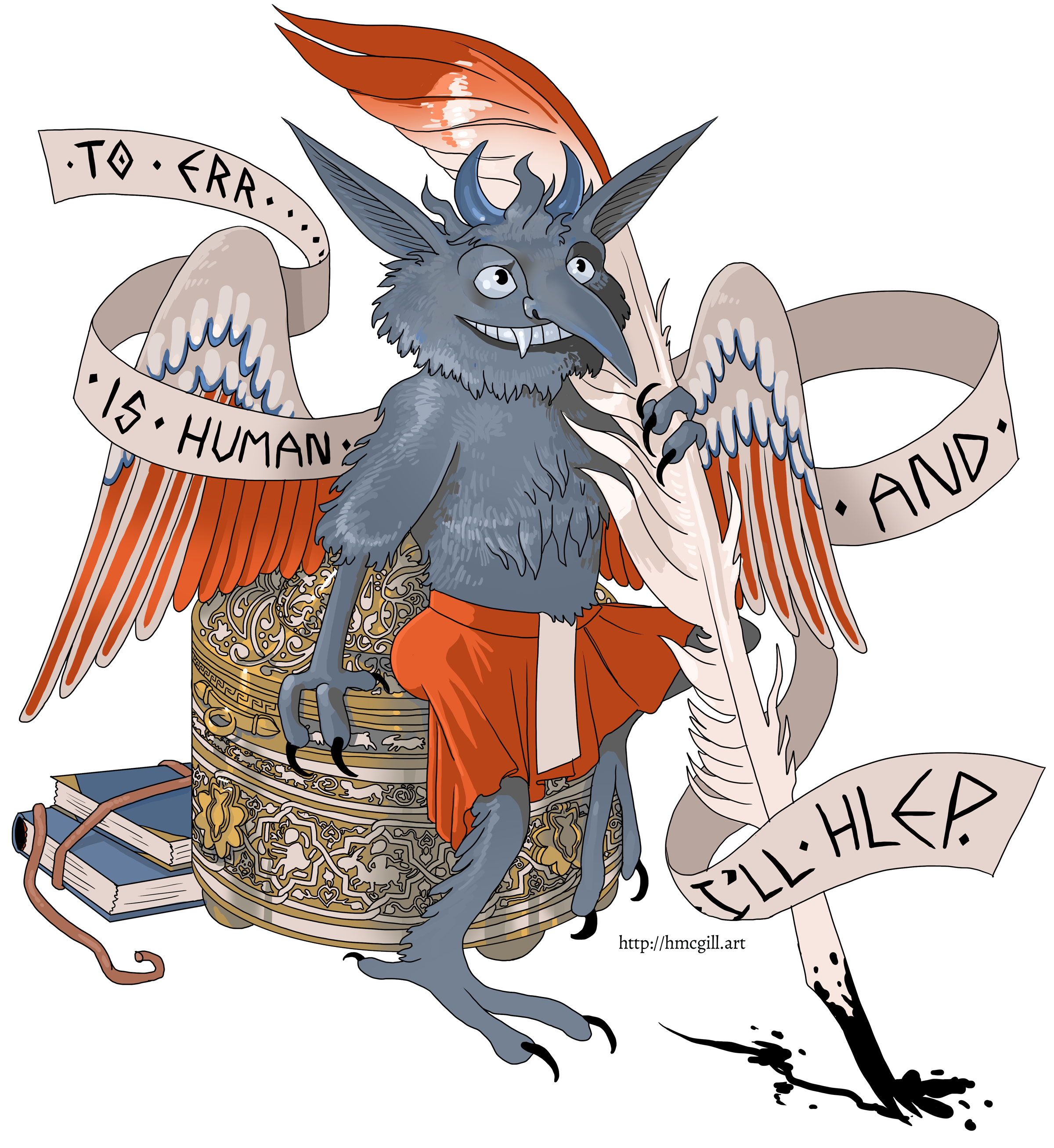 “I am a poor devil, and my name is Titivillus. I must each day bring my master a thousand pockets full of failings, and of negligences in syllables and words.”
-Adapted from Myroure of Oure Ladye

I’ve been charmed by the idea of a patron demon of typos for quite some time. From the way Titivillus is referenced, I can’t help but feel there may have been some cheeky humor or warmth involved when invoking its mischief. “Drat! I wrote an ‘e’ instead of an ‘a'” seems more in-character than screaming and damning this little demon outright. The kind of curse you’d throw at a cat or other pet known for treading through wet ink before the words are set. This is only conjecture on my part, of course: The culture, opinions, and thoughts of a monk would be difficult to pin down unless they directly wrote them out. 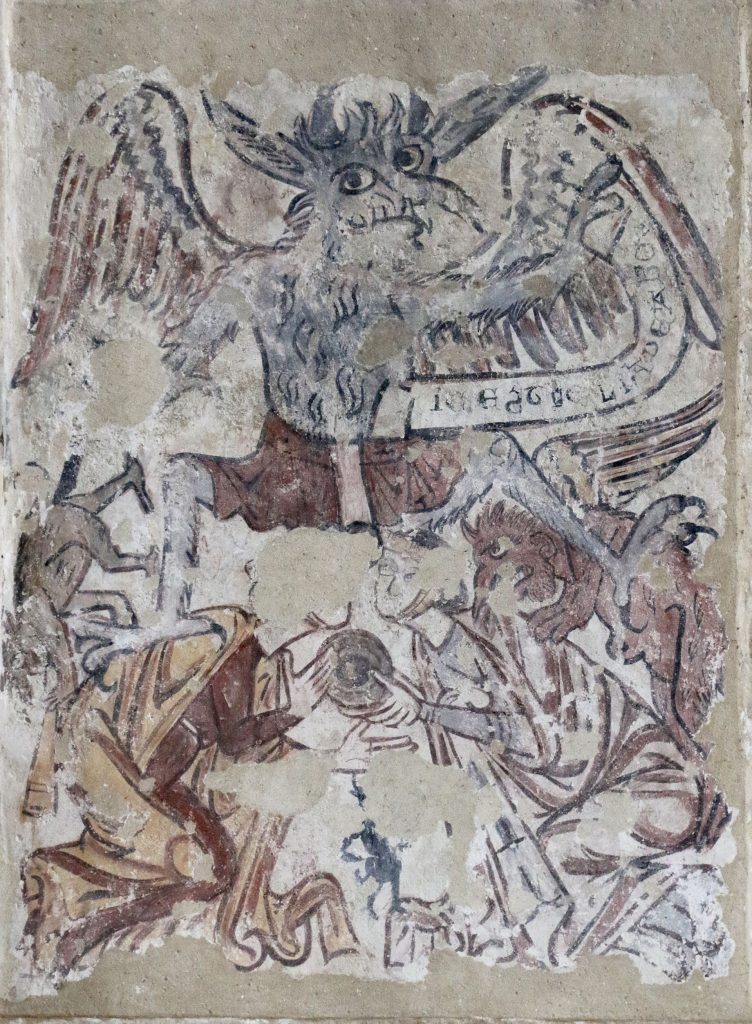 When I decided to do an homage to this paranormal frequenter of my own work, the above rendition popped out to me as ideal for adapting into a cartoon portrait. My interests skew towards 12th and 13th century and this immediately seemed more in-line with my personal aesthetic studies. In general, I can vaguely guess at an image’s age based on a few interesting features.

The feet
Byzantine demons are typically drawn with bird’s feet. The hoofed feet seem to be a conflation with the fauns, satyrs, and Bacchanalia-influenced renditions of demons from later centuries.

The teeth
Demons from this time period are typically drawn grinning. Americans may mistake these grins as friendly, or cheerful. They are not! They are hungry grins, angry and ferocious grins. Medieval Europeans didn’t bare their teeth like this to smile.

The line quality
12th and 13th century images typically have thick, lyrical lines composing their characters. Perspective and other underdrawing construction techniques are largely ignored. If I had to guess, this would be to accommodate art direction that could be applied easily by artisanal guilds, such as bookmakers, fresco painters, and weavers. Some artists did have individualized careers and specific styles to their work, but many were working with guilds overseeing them. This is just my guess, though. 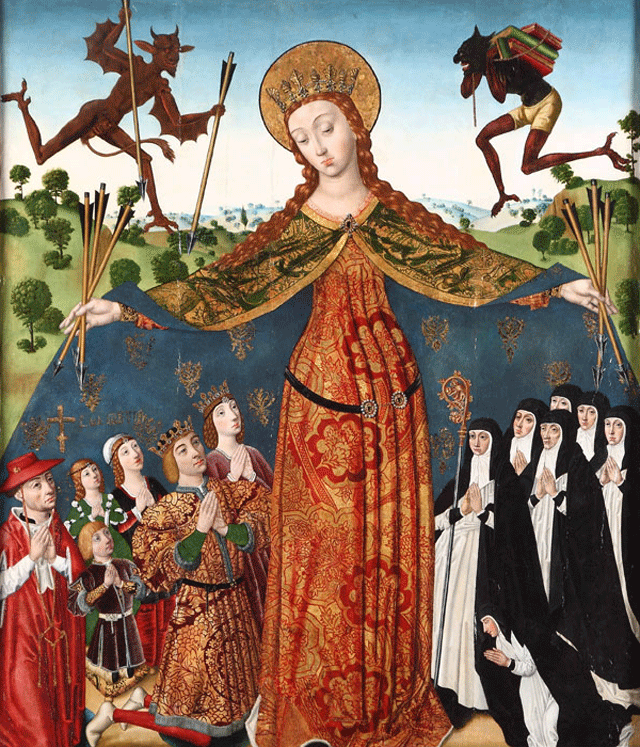 My other option was the rendition of Titivillus up in the right corner of this much later fresco circa 1485. Interesting here is that the demons still have bird feet, but the line quality and underdrawings are quite different from 12th and 13th century art. Still not much perspective going on. But, you can see the attempt at making more lifelike shadows and textures on the figures. I wasn’t enamored with this rendition of Titivillus (the skin tone is a bit problematic) but I did enjoy its stylish shorts. The bundle of books tied to its back also appealed to me, so that’s why a bundle of books appears in the background of my image.

The Devil in the Details

While researching 12th and early 13th century artifacts I fell in love with this inkwell attributed to somewhere in Iran. I could easily imagine a European writer purchasing something like this in a marketplace and cherishing the zodiac-inspired designs. The glaring problem for me, as the artist: How do I replicate the incredible design work I see here, without pledging myself to its embellishment for weeks and weeks?

The solution is…to zoom out. The human eye wouldn’t perceive the designs on the inkwell at this distance anyway. Problem solved! 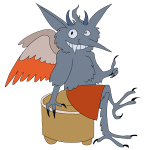 …What? That’s not what my illustration looks like? Okay. Fine. The original graphic is quite zoomed in, so the detail on the inkwell would be visible. I want the contrast of the fiddly details compared to the simpler design of the character, so what I do is… 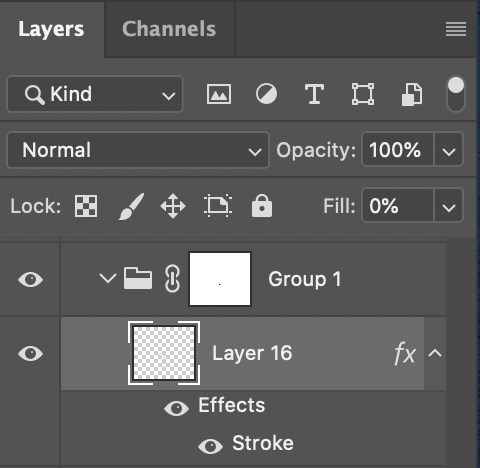 I set up a new layer, and I turn the ‘fill’ to 0%. I set up a ‘stroke’ style to this layer at the same size I use for the rest of my artwork. 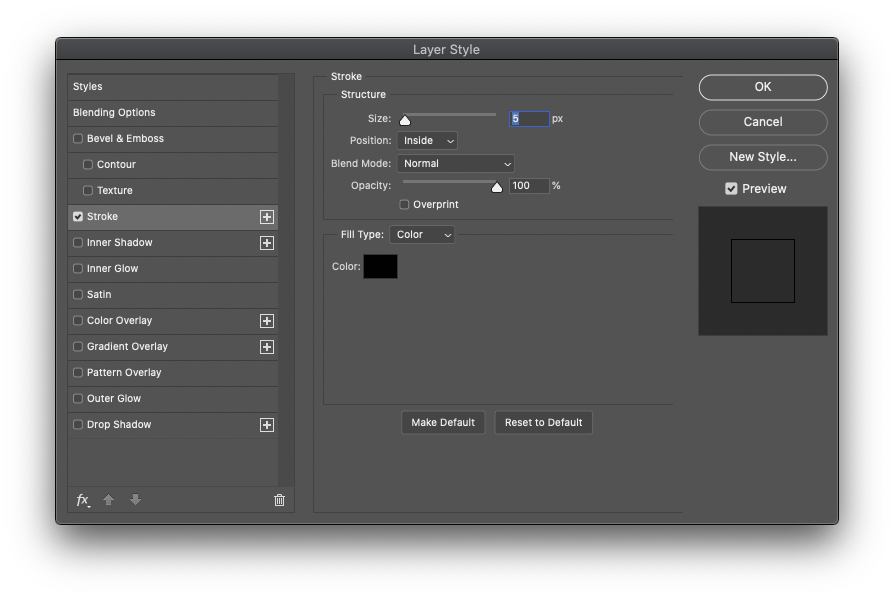 The lack of antialiasing can look a rough up close, but it prints perfectly clean. These are also starter settings, so mess around with them until you find something that fits you or the artwork you’re detailing.

Depending on the dpi and width of your linework, you may want to use ‘outer glow’ for your outline instead. Here are some starter settings for some sweet outlines with anti-aliasing to smooth them out a bit more. Mess with them until they suit your project. 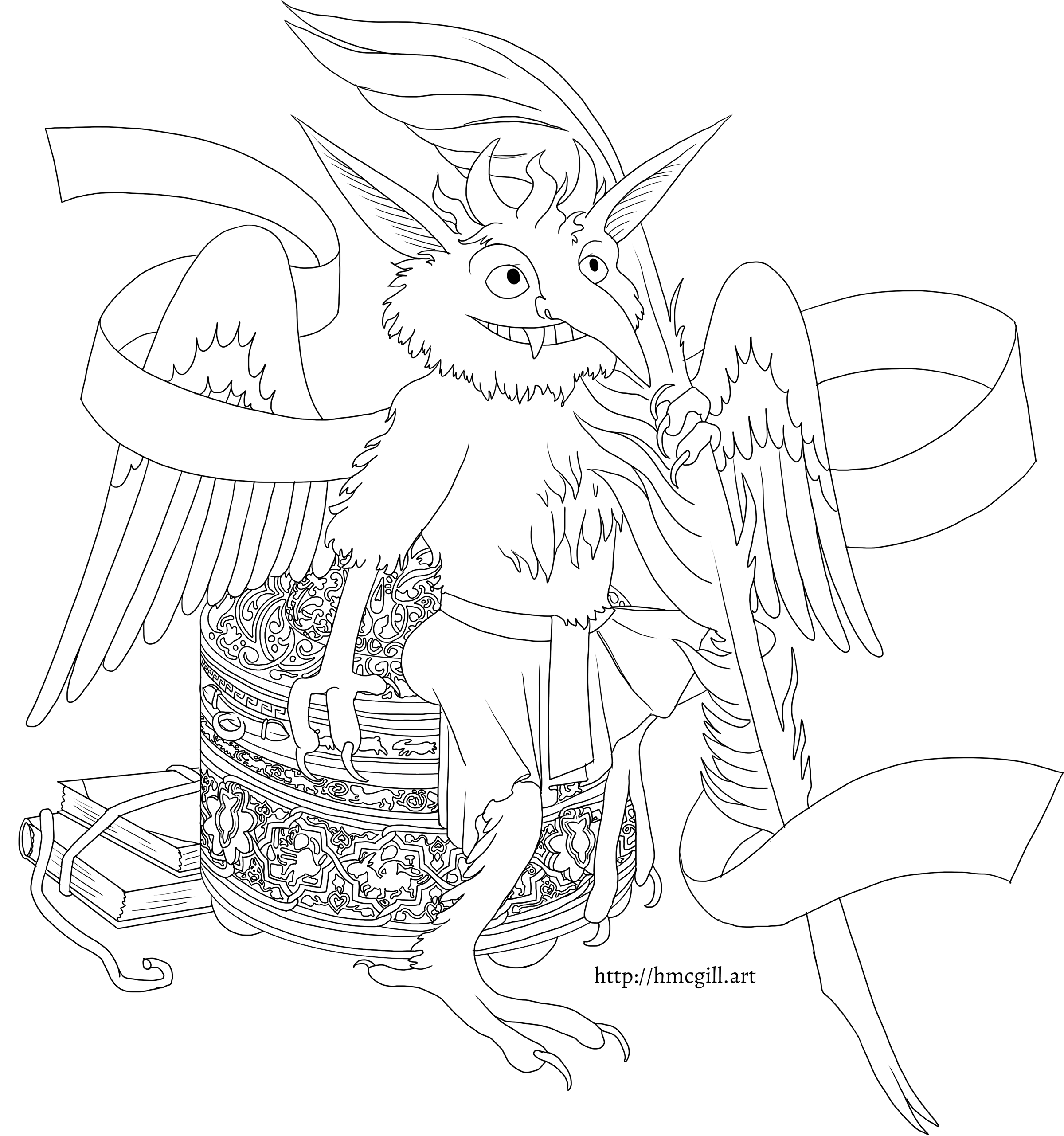 Or, if you only feel like coloring, here’s the free-to-color lines including Titivillus (Via CC BY-NC 3.0 license). Put whatever slogan you like on the ribbon. 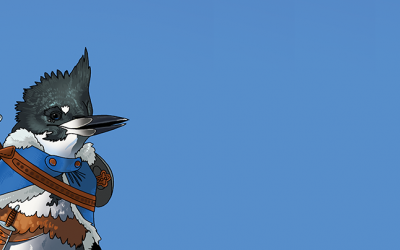 So I Went Adventuring… 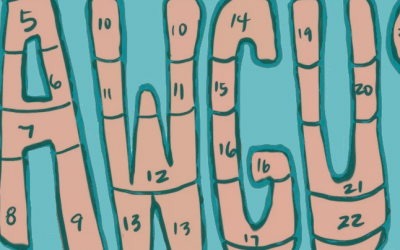 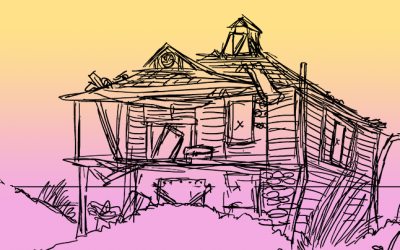