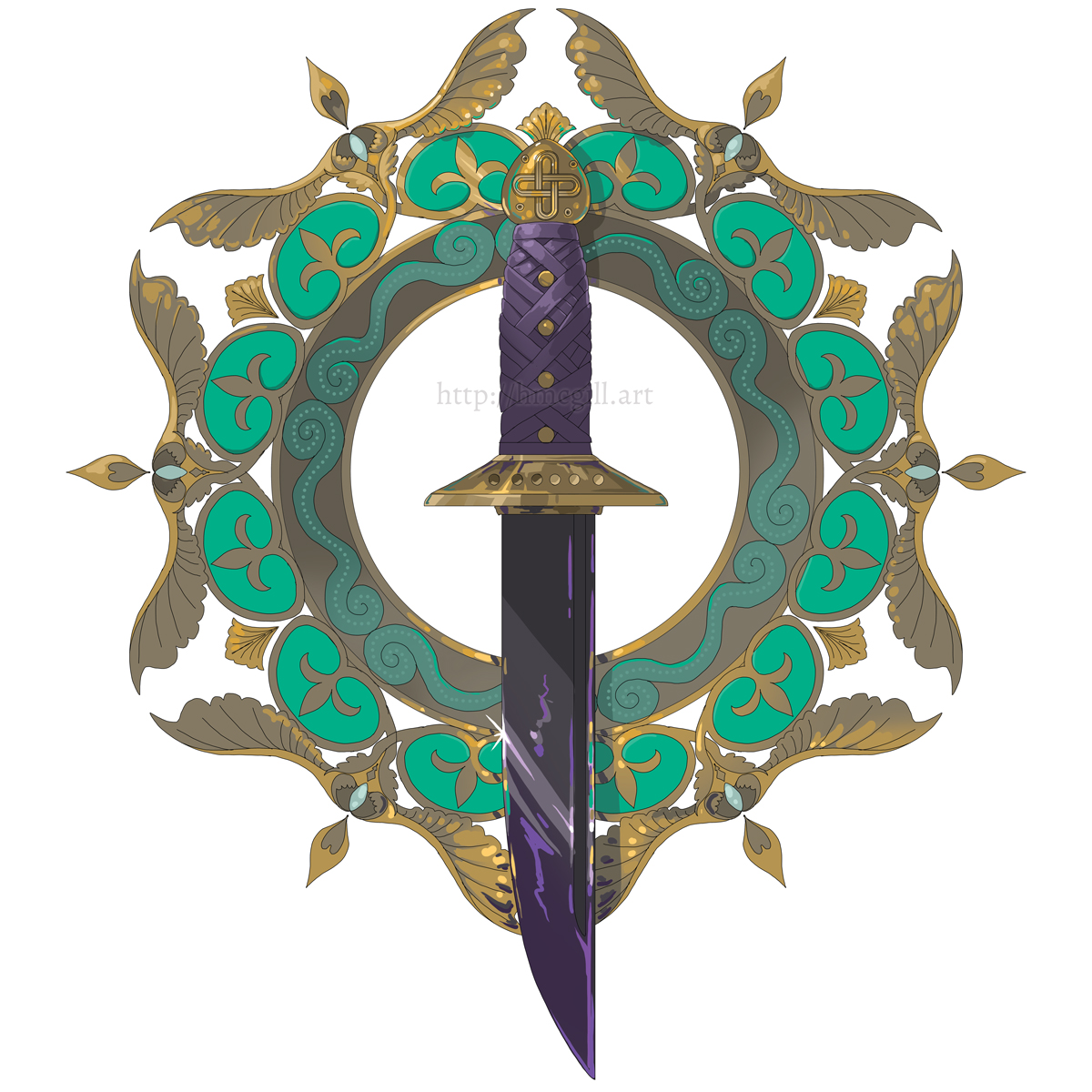 Where to Stick This Knife?
One fine morning a little over a year ago, I set up a silly poll on Twitter. I asked everyone, since we were all thieves in a treasure room, which item to steal. About thirty-seven thieves weighed in and decided upon, among other things, taking a single knife from the treasure store.

Behold! A room full of treasure. Which do we take?

(What do you mean we don't have time to vote in the middle of a heist? There's always time for democracy. We're thieves, not fascists.)

In response to this, I created the absolute shiniest treasure knife possible. I streamed its creation live on my weekly Twitch stream. I gave the knife an obsidian blade, per chat’s insistence. Then I messed around with the symmetry brush because that seems to draw people in. I imagine it looks really cool live to see a mandala spiral out of nothing. I based a color scheme on the silly obsidian used to craft the improbably blade, and while it somewhat reminds me of the green felt on a billiards table, I liked it.

The knife then sat, fairly un-used, for a long time. I came up with a mystical moonphase archery set to accompany it later, but there’s something a little more special about the knife. 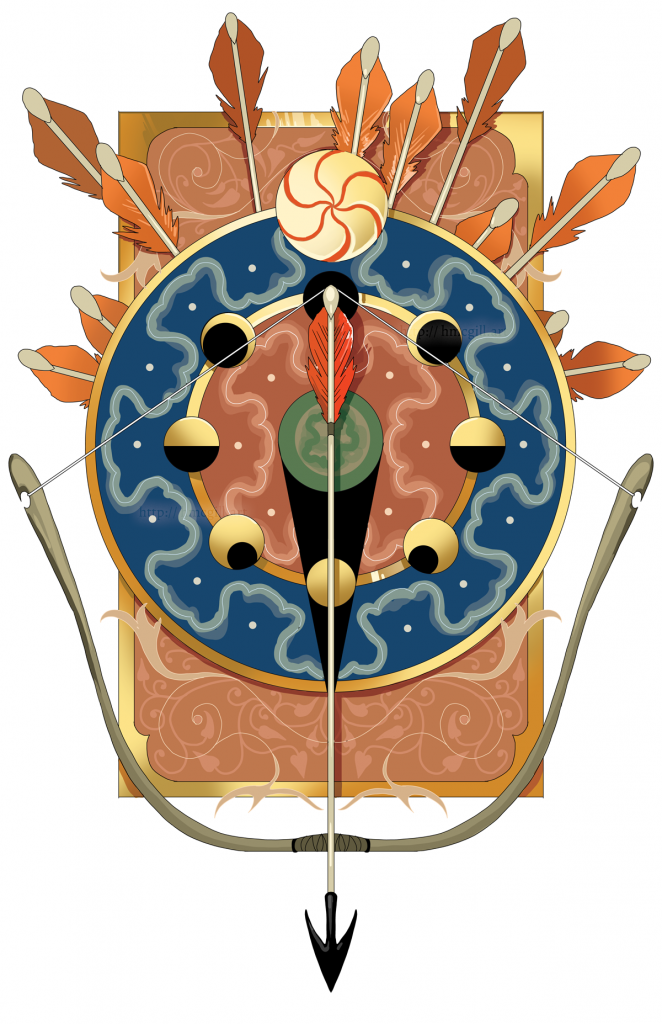 Flash forward to Geek Girl Con ’22. It was going to be my first in-person convention since the end of the Pandemic. I’ll have a more detailed post about this con later. It was very, very good. It was sort of a reinvention for me, moving away from painterly offerings and into more comic-book style art. 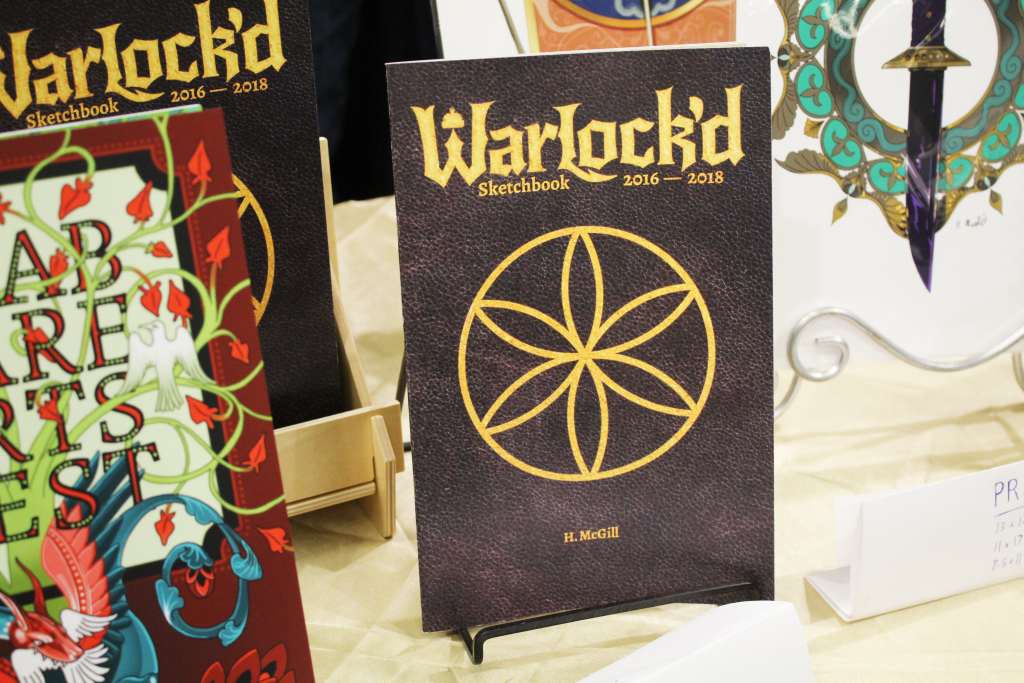 Hey! I recognize that knife back there. Photo courtesy of AnnaMaria Jackson-Phelps.

One of the reasons I go to conventions is that I meet so many great people. The person I met of note with regards to this post was AnnaMaria Jackson-Phelps, a game photographer and TTRPG designer. She took this and many other photos for me. Then AnnaMarie granted me permission to share the photos on my blog. It was really kind of her and I hope she had a great time!

You Don’t Meet in a Tavern
In the follow-up email, AnnaMaria asked if I’d be interested in participating in her upcoming TTRPG prompt book, You Don’t Meet in a Tavern. While I couldn’t immediately commit to making new art for the book, I wondered…Maybe…maybe there was a home for my edgy obsidian knife here? I had a really honest open conversation with AnnaMaria about art licensing and I’m definitely very happy with what we decided to do.

I’m pleased to announce that my knife will appear in this collection! Keep an eye on Violet Daisy Games for more information.

← A Fossil Returns to Life