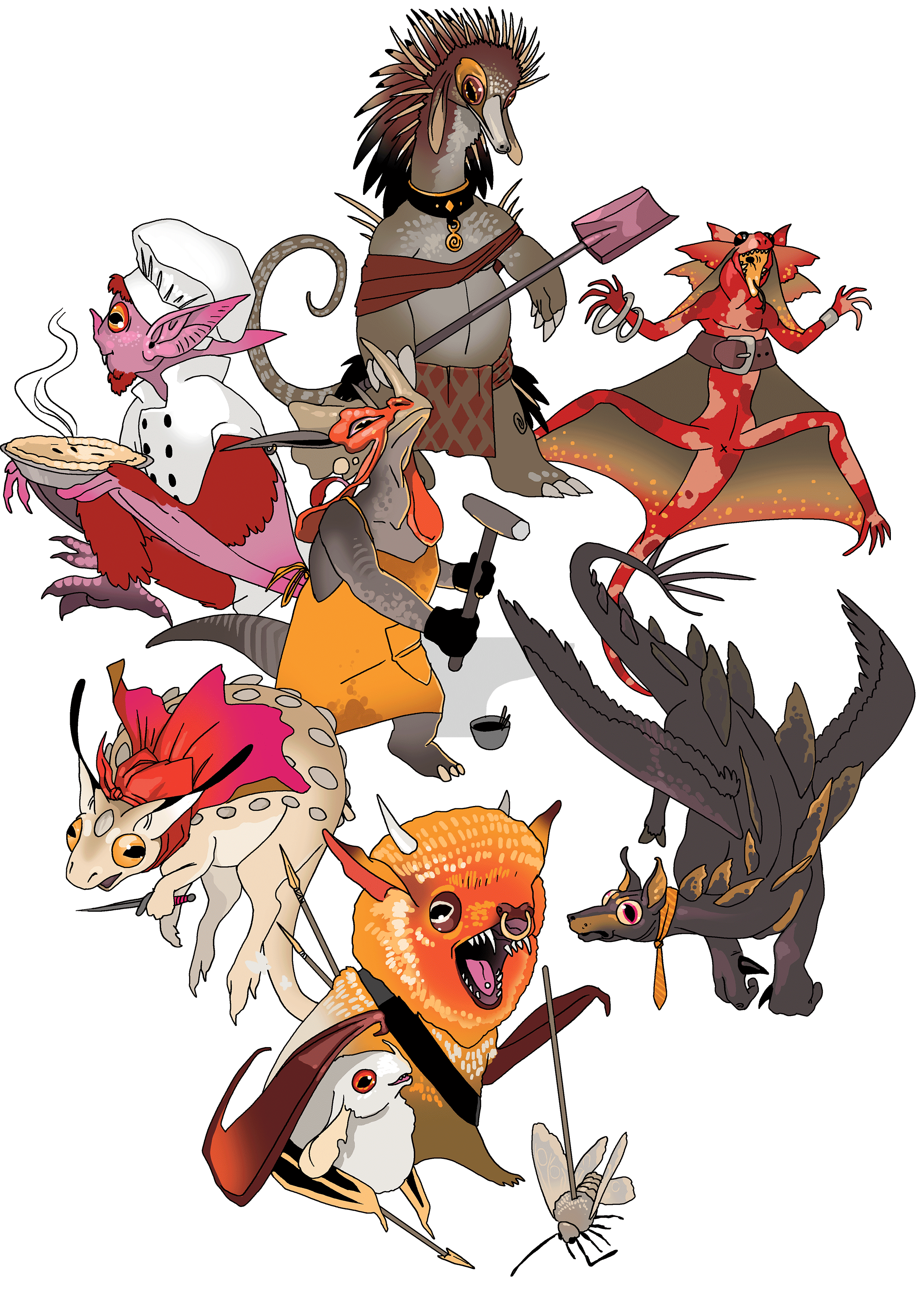 Throwing Down on Social Media
I don’t often participate in big group challenges in public, but this one caught my interest: Goblin Week! It was started by Evan Dahm in 2012 and every year, the goblins just get more goblin-y. I created seven different goblins with different goblin careers. One aspect of the challenge that I was proud of was testing out how fast I could conceptualize a goblin, draw it, and color it. I could make a couple per hour with my new lining and flatting style. The goblins didn’t make as big of a splash as I’d hoped on social media but I am happy with them and hope they live lovely little goblin lives. 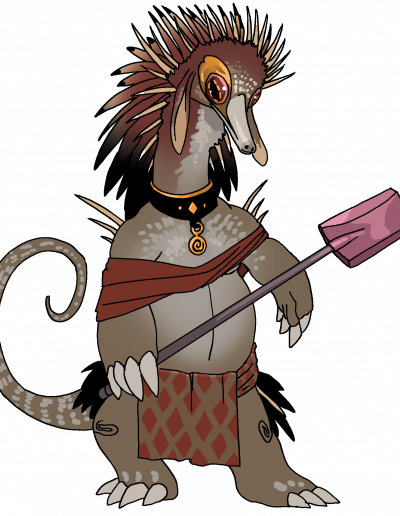 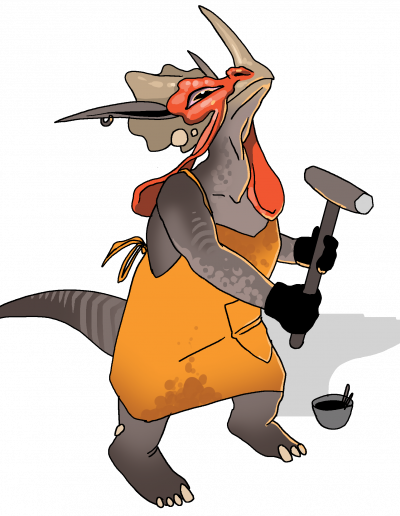 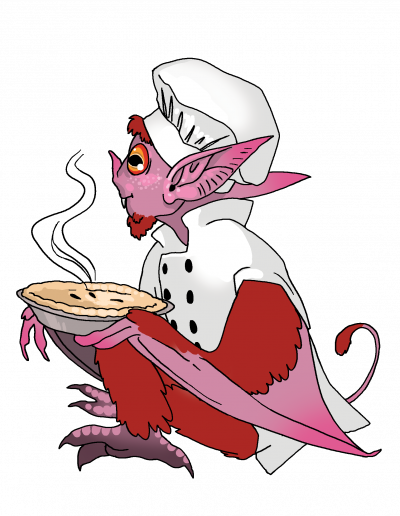 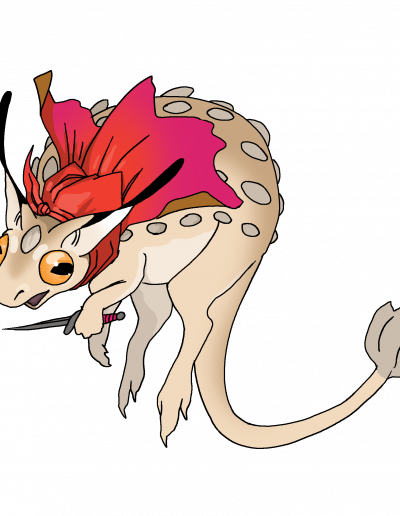 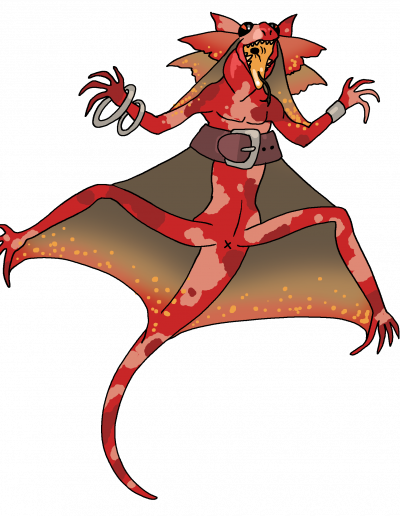 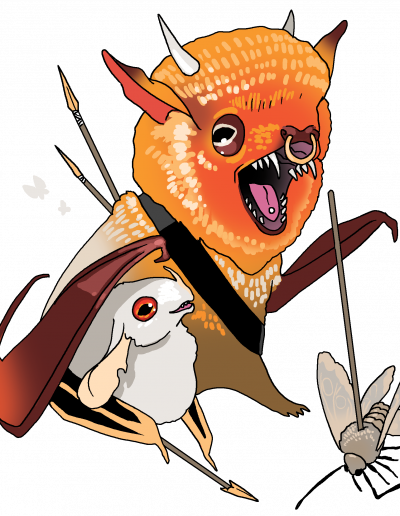 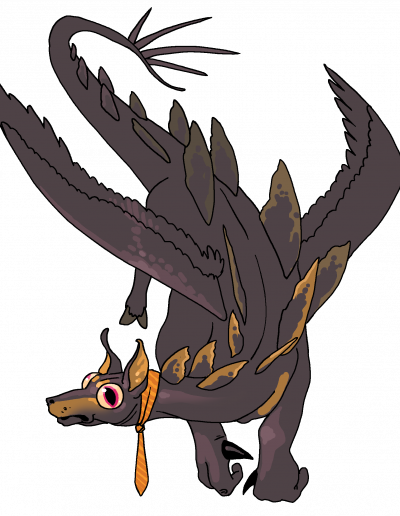 Developing a Following for a Comic via Community Events
Big community challenges aren’t necessarily great for exposure. Many times, artists who already have a following are the ones who are going to get big numbers within a large group event. I’ve done many community challenges in the past and have a few thoughts to share about them, besides simply honing your skills. 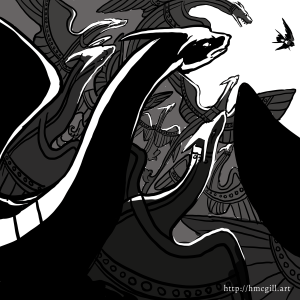 One of my old Inktober entries. Margo has attracted quite the following.

What is the trick to gaining followers from community challenges? I would say, picking smaller challenges that occur frequently is a great place to start. Why is this? Well, if you think about advertising, it’s something that has to happen consistently to ‘take’. A person often won’t click on an ad the very first time they see it. If the ad is persistent, they are more likely to click it. The same goes for following an artist. A person who sees that artist’s work multiple times is more likely to recognize and follow them.

If the only community event an artist does occurs once per year, and is already oversaturated with the works of other, bigger artists, then that is not going to result in many new followers. Sure there are oddball lucky submissions that do numbers, but for stuff like Inktober and Goblin Week I could tell that artists who already had followings were being seen and shared the most. My own submissions for just the one year reached a couple of new people, but this was only with the help of those who already followed my accounts (about 2-3 thousand people across my various accounts, as far as I can tell). So, this makes me think that the really big community challenges aren’t necessarily the best ones for comic artists hoping to attract new eyes to their work.

Try Small, Repeating Art Contests
My suggestion for those looking to build their following would be to start small, with small challenges, that repeat frequently, so that your work gets presented to the same audience on a relatively frequent basis. People love to watch growth so even if your work isn’t up to par at the beginning, it could get there eventually. Persistence is going to win the day if your goal is to build a following. Pick one or two monthly challenges with consistent deadlines, such as on Facebook or Twitter, and add to the community there. Then, once momentum builds from the smaller communities, it’s easier to make a statement in larger community events.

My final note, of course, is that social media is inherently meaningless on its own, so some thought ought to be put into what a following may be used to leverage. Don’t build your following for a comic at the expense of making the comic, is all I’m saying.

← Gastronomy Chart Converting a Webcomic into a Graphic Novel Pitch → 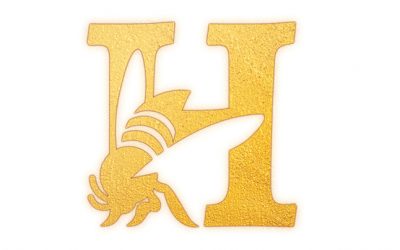 The Story of an H

On the Evolution of a Visual IdentityAs part of my portfolio capstone way back in college, I was challenged to find my own personal branding. Through some explorations I landed on the idea of making an illustration so minutely detailed and perfect, a person looking at... 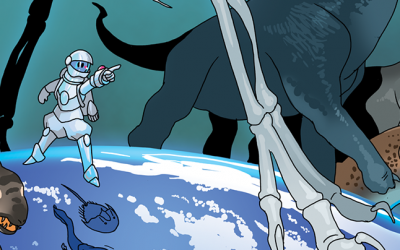 Converting a Webcomic into a Graphic Novel Pitch

Retrofitting Dinosaurs for the Future of HumankindRAWR! Dinosaur Friends started out as a webcomic concept, one that I wasn't initially intending to pitch as a proper graphic novel. The first iteration was a slapdash, punk homage to the natural history museums I loved... 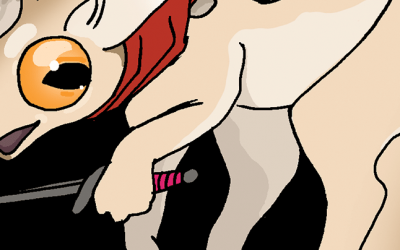 Throwing Down on Social MediaI don't often participate in big group challenges in public, but this one caught my interest: Goblin Week! It was started by Evan Dahm in 2012 and every year, the goblins just get more goblin-y. I created seven different goblins with...